Meditating entails maintaining a steady state of mind by directing one’s consciousness inward, onto a chosen object, thought, or activity. People of many faiths have been reaping the physical and mental health advantages of this practice for generations. But what actually happens to the brain during meditation, and what mechanisms underlie these benefits?

One method in which meditation influences brain function is through boosting activity in the prefrontal cortex, the region of the brain that handles rational thought and emotional regulation. Particularly, meditation has been shown to boost activity in the left prefrontal cortex, which is associated with pleasant emotions and a general sense of well-being. Some researchers have hypothesised that the positive emotional and psychological effects of meditation may account for this uptick in activity.

The areas of the brain responsible for learning and memory, the prefrontal cortex and the hippocampus, have both been proven to increase in thickness with meditation. Improved concentration, memory, and learning are all associated with these structural alterations.

In addition to these structural changes, studies have revealed that meditation can also modify the functioning of particular neurotransmitters in the brain, including as serotonin and dopamine, which are important in mood regulation and the sense of pleasure. Increased neurotransmitter production has been linked to meditation, which in turn may enhance well-being and pleasure.

At last, evidence has emerged showing that meditation can change the way the brain reacts to a stressful situation. The amygdala is in charge of the body’s stress response system, and regular meditation practise has been shown to help regulate this system and lower cortisol and other stress hormone levels. This has the potential to improve health and well-being generally by decreasing stress and anxiety.

Changes in brain structure and function, as well as shifts in neurotransmitter activity and the stress response system, have all been linked to regular meditation practice. These adjustments may help with memory, focus, and concentration, as well as with decreased stress and increased happiness.

Evidence can be found in scientific studies.

Researchers have studied the effects of meditation on the brain extensively, and their findings have shed light on the mechanisms by which meditation improves both physical and mental health.

After only eight weeks of regular meditation, activity in the left prefrontal cortex (the region of the brain associated with good emotions and feelings of well-being) rose, according to a study conducted at Harvard University. Anxiety, despair, and discomfort all decreased alongside this increase in motion.

The thickness and density of neurons in the prefrontal cortex and hippocampus were found to increase with regular meditation practise, according to another study published in the journal Psychiatry Research. These anatomical modifications were linked to enhanced concentration, memory, and learning.

Neurotransmitters including serotonin and dopamine, which play roles in mood regulation and pleasure perception, have also been demonstrated to change function in response to meditation. Mindfulness meditation has been shown to reduce levels of the stress hormone cortisol while simultaneously increasing levels of the feel-good neurotransmitter serotonin.

Finally, multiple studies have showed that meditation can affect the brain’s response to stress and aid to manage the body’s stress response system. A recent study published in Frontiers in Human Neuroscience found that practising mindfulness meditation can lessen activity in the amygdala, the region of the brain responsible for initiating the stress response. Stress, anxiety, and depression all decreased when activity levels dropped.

In sum, studies of meditation’s effects on the brain have provided strong support for the practice’s many positive outcomes for both physical and mental health. By changing brain structure and function, as well as neurotransmitter activity and the stress response system, meditation can boost cognitive performance, alleviate stress and anxiety, and enhance general health. 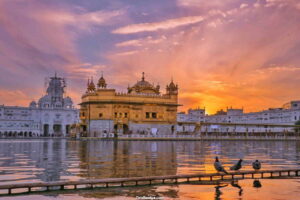 The idea of surrender and letting go in spiritual practice 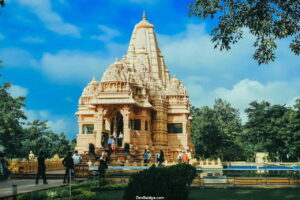 Exploring various spiritual traditions and the common themes of religion 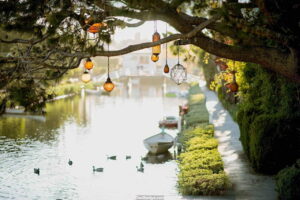 Forgiveness for healing and progressing spiritually