Growing up, I had the impression that vacations cost a fortune. After all, all you have to do is get into Instagram for a minute or two to be bombarded with pictures of luxurious boats and beach houses.
At that point, though, I had an epiphany: everything I had previously believed to be true was actually false. The excuse that “travel is expensive” helped me rationalize never venturing beyond my comfort zone. The honest fact is that I made no attempt to identify cheaper alternatives.

You may travel the United States without breaking the bank by following these tips.

Costs associated with traveling within the United States are well-known to be high. Costing several hundred dollars, a flight from New York to Los Angeles is only one example (including baggage fees). However, in Europe, it is fairly uncommon to get flights between countries for less than $50.
Finding cheaper modes of transportation is essential for cross-country exploration in the United States.
It’s true that using the bus or train will add some time to your trip (in comparison to flying). It is, nevertheless, cheaper than the alternative.

The average American family spends roughly $3,000 per year on eating out, according to the Bureau of Labor Statistics. Spending so much on eating out and delivery is really high (especially if you already have a tight budget).
Some of the most expensive restaurants in the United States are found in the nation’s most populous cities. When you consider that the national average for a family dinner is about $20, you can see how eating out all the time may quickly make vacations prohibitively expensive.
However, exploring the United States (or the world) need not break the bank. I always stop by the dollar store to stock up on snacks before a lengthy car ride or train ride.
As to why, They often stock the same selection of drinks as places like Wal-Mart and other supermarkets. It’s remarkable, to tell the truth, how much you can buy for a dollar. As a result, I’ve decided to pay $5 rather than $20 for a meal and beverage.

Find Out What Each City Has To Offer For Free

The expense of traveling to a new location can quickly skyrocket if you plan to spend a small fortune on entrance to each of the city’s pricey tourist sites (many of which demand $20 or more). Naturally, there will also be the expenditure of refreshments to consider.
Because of this, I attempt to minimize the financial impact of my sightseeing activities. Here are some examples of free attractions in Los Angeles:

If you really want to go somewhere, then paying the price of entry is justified. Visiting free attractions can save you money, potentially up to $600 per month if you save $20 per day.

Using the aforementioned methods, I’ve been able to significantly reduce my travel expenses across the USA. When you travel somewhere new, you should think about trying them out. The costs you incur are likely to decrease as a result as well. 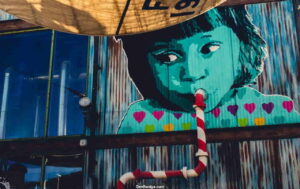 Items You Should Never Forget While Traveling 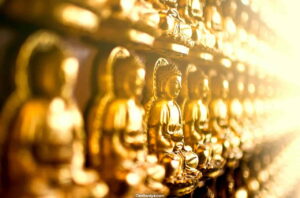 The Top Jobs You Can Do Abroad