We will look at some ideas that are at odds with each other and show how they shape our beliefs and ways of living.

Dichotomies are made up of ideas that are on opposite ends of a spectrum, but one side can’t exist without its opposite, at the same time but in different ways.
contradictory and yet parallel. I’ve been obsessed with dichotomies (and trichotomies) for the past two years, mostly because I like making connections between two or more ideas that are at odds with each other and because it helps me draw parallels to real life. Simple, classic examples of dichotomies are phrases like “war and peace” or “love-hate relationship.” They are easy to say because they are so different.

A few months ago, I wrote an article about mental models that can help you find the truth in our chaotic world, gain daily insight, and make better decisions.

Today’s “shower thoughts” are related to the last article because they are a list of five mental opposites I’ve been thinking about for a while. I’m getting to the bottom of each dichotomy to show how it shapes a person’s worldview and how they feel about everything.

There is no “right” or “wrong” answer to any of these questions, but I’ll tell you what I think about each one.

Take a look and let’s get started:

Survival of the fittest vs. The strongest should protect the weak.

People talk about “survival of the fittest” when they talk about Darwin and evolution as a way to pass on the right genes that fit the environment of a species. When you apply this to modern sociology, you get stereotypes of men pushing each other to see who is the “alpha” and other examples of male dominance. According to this idea, the strongest animals in the jungle will rise to the top, while the weakest will die. In a corporate office, this means that there are strong personalities and a fake meritocracy.

But on the other side of this divide is the idea that the strongest and fittest people in society are there to protect the weaker people. To protect, serve, lift up, and help people who are in need and have less. This does make some sense. After all, we started to become civilised when we started taking care of our weaker, hurt people. If the only thing that mattered was “survival of the fittest,” then any big bone break in the past would have meant death.

This difference will eventually line up with a person’s life goal. Is it to rule over everyone and stay at the top of the food chain so you can pass on your genes? Or do we all have a certain amount of kindness in us? For a society to work, people must be able to help each other instead of leaving them to die. If not, civilization would not have been able to grow the way it has.

From my point of view, this is very hard for me. Part of me believes in a meritocracy that is brutally efficient and requires excellence, high quality, and execution. The other part of me believes in real, effective altruism to increase the total amount of happiness, progress, and advancement in the universe. This must include helping people who are less fortunate.
So, I’m in the middle and use both sides of this contrast in my life.

Time as a straight line vs. Time as a made-up, non-linear structure.

Einstein told us that time is not a fixed thing. We’ve all heard of his famous Theory of Relativity, which says that the speed of time depends on where you stand.

Henry David Thoreau’s essays on Time, such as “Is Time subjective?” are less well known. I’m combining Einstein and Thoreau with this dichotomy: is time a straight, linear thing that people made to get a vague idea of where they fit in the universe, or is time a relative, subjective thing that changes in nature’s eyes?

Thoreau’s main point is that people should live in the present, not based on some unreachable past or some expected (but probably false) future. When you look at time in terms of how long people have been around, the infinite universe does not know time. Eternity—the infinite universe—doesn’t care about time, and when people waste their time chasing after artificial, if not self-destructive, goals, they “hurt” and “insult” eternity. When we look up at the unfathomable black sea above us, we see that people aren’t very important. We are also slaves to our temporary nature.

From my point of view, it comes down to two combinations of lessons that one can use to shape their ideas.
A. By breaking time down in this way, you also follow the Stoic philosophy of not dwelling on the past or the future. Instead, you focus on your actions and reactions in the present to control your time (as best as possible).

B. Really, age is just a number. Because Norman’s life shows that it’s not true. Your REAL age isn’t just a number based on your date of birth. It can also be based on how you feel, how you live, and what you do.

Happiness as an internal factor that affects success versus Happiness that comes from outside success.

The best way to understand this is to ask yourself just one question: Does happiness come from outside success, or does happiness lead to success? It’s hard to say which comes first, the chicken or the egg. Does one thing have to cause the other?

I use the words “happiness” and “success” loosely, so feel free to replace them with words like joy, awesomeness, winning, love, etc., and you can define “success” however you want. The point is the same no matter how you say it. And, as with any idea, there is a range of meanings.

On the one hand, you can think that happiness is something you feel and believe from the inside out. So, this gives you a positive, optimistic, and lively attitude, which makes it seem like “good things” are more likely to happen to you.

You can see how this would change a person’s thoughts and actions. In the movie Bullet Train, which I just saw, the main character, played by Brad Pitt, says, “Hurt people hurt people.” This shows this dichotomy perfectly because it makes you think, “Do my actions drive my feelings, or do my feelings drive my actions?”

My point of view: I lean toward the first side, which says that happiness should come from within. I think that positive energy is more likely to lead to good things, because that’s how the universe seems to work.
Because life is exactly what you think it is, based on how you see it and what you’ve been through. If you think your life is good and you are happy, then it is good and you are happy. If you think life stinks and you’re miserable, then that’s exactly how it is.

Think about two lives: 1) The simple farmer who barely makes enough money to get by but has a loving family and time to make memories that will last a lifetime, or 2) The banking executive with a $10 million net worth who is overworked, stressed out, and hasn’t had a real conversation with his or her family in months and is on the verge of having a heart attack. The first is driven by personal satisfaction, while the second is validated by money. Which life is better or more “successful”?

Difference between collectivism and individualism.

A simple question can get to the heart of this dilemma: Is social stability more important than your desire to want more?

That’s the main problem. Most Asian, Middle Eastern, and Hispanic cultures have a strong sense of social stability, which is called collectivism. Individualism is the idea that you should focus on your own identity, wants, and independence. This is common in the U.S., Australia, and some parts of Western Europe (but the individualistic leading country is the U.S., by far).

My point of view: This section is shorter because I’ve talked about this in other articles (here and here), but the best outcome is a good balance, even if individualism is slightly more important than collectivism. We have to find a good balance between the need for social stability and the need for strong economic growth, with a safe safety net. Even a Libertarian Capitalist would find this hard to believe, but please don’t burn me at the stake.
My main reason is that in a society that is very focused on the individual, people forget that they don’t have rights unless they give up something to protect the group. During World War II, the soldiers who stormed the beaches of Normandy knew this, and so they gave up their lives. Freedoms are paid for by the group as a whole. A citizen does not have a right to their “freedom” just because they exist.

Either/Or  Vs Range of options

We use this whole idea of opposites so often in our daily decisions that we give ourselves false choices. This is a mistake called a dichotomy. We often choose to make decisions based on either/or choices, even though there are always more than two options.

Life isn’t always black and white, and there aren’t many real dichotomies. Most things in life are not black and white. When things aren’t clear, we have to make the most important decisions and are really judged on who we are.

From my point of view, choices and actions don’t have to be opposites. There are always many options. Even when you flip a coin, there is a tiny chance that it will land on its side and not show heads or tails.

I present these different pairs of opposites to try to shed some light not only on how people see life, but also on how and why they think and feel the way they do. I’m not interested in “what”; I’m interested in “how” and “why.” There are some obvious ones I didn’t talk about, like “abundance mindset” vs. “zero-sum,” but that’s because I already talked about some of them as mental models, not as dichotomies.

Thanks for reading this, Have a great day. 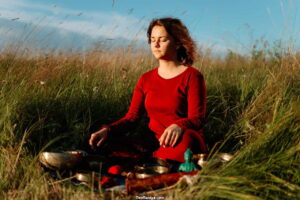 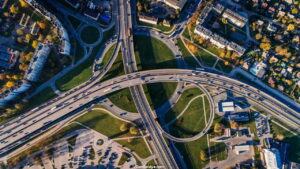